Crossing The Bridge to Kindergarten

Peake Childhood Center, formerly the Downtown Hampton Child Development Center, was inspired by a comment that Hampton Mayor Ann Kilgore made to a women’s group at First United Methodist in 1969. She said that one of the city’s greatest needs was childcare for children of low-income families in the community. Subsequently, a group of interested people, most of them from churches in the downtown Hampton area, began meeting to organize a childcare center. Community support was instrumental in the establishment of PCC and remains a driving factor to this day. 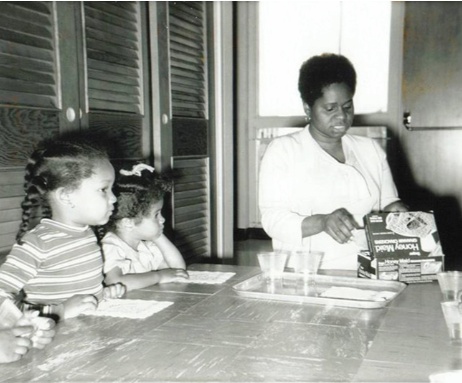 The center first opened its doors on April 19, 1971, for nine children at St. Cyprian’s Episcopal Church. Soon, the center was serving 30 children between the ages of three and five. It was located in multiple locations until moving to its current location in Hampton when a lease with Hampton City Schools was approved in 2010. With its large classrooms, spacious campus, and convenient location near the interstate, it was the perfect place for the center. From 1971 until 2010 the program expanded to serve children ages six weeks to five years old.

In 1988, PCC became the first center on the Peninsula to be accredited by the National Association for the Education of Young Children (NAEYC). In 2011 the center earned Hampton’s first Virginia four-star rating for early learning centers.

In 2021 Downtown Hampton Child Develop Center changed its name to the Peake Childhood Center and entered into a partnership with the City of Newport News that will lead to the opening of a second center. The City of Newport News is creating a facility that will house an early childhood center as well as classrooms that Thomas Nelson Community College Community College will use to teach students interested in becoming part of the early childhood workforce.

The support of individuals like yourself has been critical to PCC’s ability to serve local children and their families for the last 50 years.

Simply complete our application online and email it to info@peakecc.org or bring it in to our office.
If you have any questions, please contact our front office at (757) 825-6200.

Completion of an application does not guarantee enrollment. Space is limited.

Words From a Parent

“Our child’s teachers are awesome! They are mindful of his needs and encourage him to his full potential. They genuinely care for and love him!”

“Every one of the staff, top to bottom, are entirely dedicated to each individual child.”